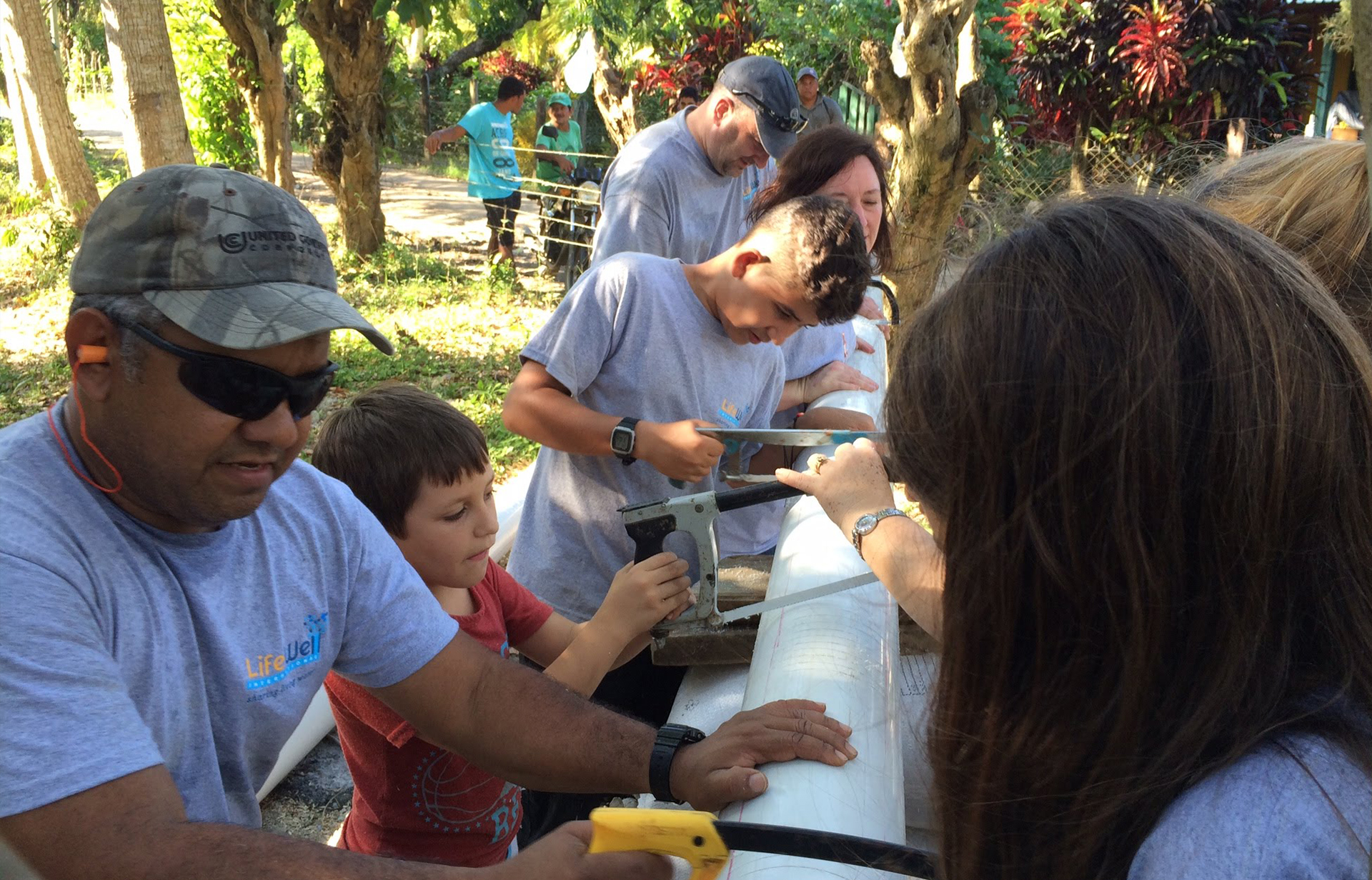 Life Well International’s first well drilling mission trip was to the Department of Atlántida Honduras, at a small village named Salado. Salado, a rural community with a population of approximately 825 people, is located near the coast in north central Honduras between Jutiapa and Belfate. The paths to Salado from the main roads and larger communities are very rough, and as we experienced, tend to flood during heavy rain falls, making them impassable unless in a 4-wheel drive vehicle that sits high off of the ground.

The drill site was situated next to a large elevated storage tank that was provided by the Honduran Government. The elevated tank when pumped full, will supply water to the entire village. However, the existing water supply to the tank was being fed from an old shallow well that produces very dirty/muddy water. As a result, the interior walls of the tank had a thick mud residue on them, and 1½ inches of standing muddy water lines the bottom of the tank.  The mission of LWI was to provide a new, deeper well that will fill the tank with clean, safe water. It was determined by the local authorities that the well would need to be a minimum of 60 feet in depth to reach water that is clean and safe. It was also determined, to be able to produce the volume of water needed, the diameter of the well and pipe needed to be 6 inches, rather than 4 inch typically drilled and installed.  On Tuesday the drill team was split into two groups. Half stayed to finish the first well while the other half began drilling a second well at a nearby school. The well at the school will be used for garden irrigation that will provide healthy food for the children, and will also give them an opportunity to learn how to do gardening for themselves. The well at the school is 110’. VBS was held at United Brothers in Christ Church.